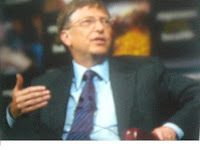 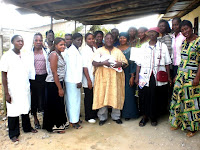 2nd FECABPA AGM Holds In Douala
By Alice Ndeloh, COGESID Bonaberi
Health organisations (NGO, CBO and FBO) affiliated to the Federation of Cameroon Breastfeeding Promotion Associations, FECABPA, met in Douala on March 24, 2009 to evaluate activities of the national breastfeeding movement and to deliberate on a new action plan during its second annual general meeting. FECABPA was registered by the Cameroon government on the 10th December 2007 under the reference no. 00135/RDA/JO6/BAPP as a plat form for exchanges and negotiations between associations on the one hand, and between FECABPA and other partners.
During the 2nd annual general meeting, members deliberated on the WABA joint statement based on the workshop and Global Breastfeeding Partners Meeting, GBPM, VII in Penang, Malaysia in October 2008. Participants endorsed WABA’s joint statement, with the initiation of its action plan for 2009/2010 within the context of the resolutions and recommendations of the GBPM VII 2008.
Delegates at the FECABPA AGM from AFFE, ASSF, COGESID, OPTIMEO, MALEO Santé +, NOLFOWOP, Alternative Santé, MUTSAN, FFF-C and Cameroon Link received highlights on the Men’s initiative and activity sheet, the current One Million Campaign launched by IBFAN Asia, WABA Global Forum 3 preparation in Quebec, Canada in 2010. A call for active preparation and participation when the time comes was made by the coordinator of WABA MWG.
Participants received WABA WBW notebooks carrying the beautiful photos of the entries for the world breastfeeding week competition 2008 under the theme “Mother Support: Going for the Gold”. It was made known that WABA received a total of 198 entries and many of them depicted various forms of support to the breastfeeding mother.
According to the editor’s note by the International Coordinator of WBW, Julianna Lim Abdullah, all were beautiful meaningful and touching pictures and the panel of judges had a difficult time selecting the ten winning photos. It is for this reason that WABA increased the prize money and twelve winning photos were selected.
The winning photos featured in the WABA WBW materials including action folders, poster and banner. To show case the photos in a notebook aimed at highlighting efforts by breastfeeding activists around the world and to encourage more to join in the protection, promotion and support movement. Those who received the notebooks in Cameroon expressed their thanks and gratitude to WABA to the continuous support their country activities.
During the plenary exchanges, emphasis was put on the promotion of mother support groups and how to consolidate achievements. An exhaustive report on the breastfeeding counseling training conducted by the ministry of public health to capacity leaders of infant and young child feeding associations in Cameroon. Mrs. Lissouck Marie Germaine of NOLFOWOP acknowledged that the sessions were interactive, diverse and rich in information learning content.
WBW 2009 Theme
Members of FECABPA were informed about the publication by WABA of the theme for the World Breastfeeding week 2009. The theme is “Breastfeeding – A Vital Emergency Response. Are You Ready?” The theme is explained in detail on the WABA WBW calendar 2009 distributed during the annual general assembly. Some members had already downloaded the calendar in English on the WABA web site.
Participants at the session made suggestions on doable actions within the period of preparation of the WBW while waiting for the coordination meetings held each year to harmonise action plans at the level of the ministry of public health.
Before the close of the annual general meeting, a financial report was presented and members invited to up date their contributions to assist the general secretariat function properly. Four new associations, notably AFFE of Mbalmayo, Maleo Santé + of Douala, Musan Bonassama, and Optimeo of Douala were co-opted into the federation. It was agreed that the next general meeting of FECABPA scheduled in June 2009 will be hosted by NOLFOWP Yaoundé. As the FECABPA annual general meeting ended, a sweet mother rushed into the maternity ward next door COGESID Health Centre in Ngwele-Bonaberi to deliver a baby girl. Mother and baby are reported doing well. Breastfeeding promotion activists are invited to open the FECABPA information blog site regularly for up dates the development of activities at the national and international levels.
For more, click on the following link at http://cameroonlink.blogspot.com and check on all profiles.
Posted by Camlink Men's Initiative at 12:28 AM No comments:

Cameroon Link Men’s Initiative
Connecting you to “Not for Fathers Only”
Be Part of Mother Support E-newsletter
• Participate and tell your stories.
• Network and link with youth, men and women around the world.
• Be a catalyst and make the changes you want to see.
• Support mothers worldwide.
• Share experiences and learn from others.
• Where and how to reach mothers and babies around the world.
• Are there others like me?
• WABA MWG e-newsletter. Many individuals and organizations supporting fathers, mothers and families across the world subscribe to the newsletter.
• MWG e-newsletter is produced two times a year in English and French.
• Write to the newsletter about:
1. The Men’s Initiative Snap Shot
2. Father, Mother and Community Support
3. Infant and Young Child Feeding
4. Exclusive Breastfeeding/Resources
5. Calendar of events and conferences
6. Breastfeeding news around the world
7. Send feedback on your support group
If you have any story or news to share, please write to:
• Editor: James Achanyi-Fontem,
Coordinator, WABA MWG
Email: camlink99@gmail.com or camlink2001@yahoo.com
For more on Cameroon Men’s Initiative, please click: http://cameroonlink.blogspot.com/
Posted by Camlink Men's Initiative at 1:32 PM No comments: