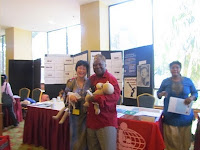 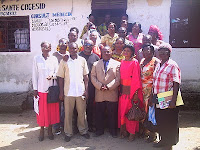 It's Fairtrade on March 20, 2011 in the UK. As Nestlé goes on a Public Relations (PR) offensive trying to improve its image by linking to the Fairtrade name, it is a great opportunity to tell people why to boycott Nestlé Fairtrade KitKat, its token Fairtrade chocolate bar, involving just 1% of its cocoa purchase.
There are companies that are 100% Fairtrade for people who want to support this initiative.
Nestlé is 'widely boycotted' (to use the words of the company's Global Public Affairs Manager) because its baby milk marketing violates international standards, so undermining breastfeeding and endangering babies fed on formula. Nestlé is the global market leader.
Fairtrade KitKat is included on Baby Milk Action's boycott list.

Here are 10 facts Nestlé executives do not want you to know.
You can help call them to account.
1. Nestlé Fairtrade KitKat benefits the 6,000 farmers who are in the scheme, but millions of people outside the
scheme are dependent on Nestlé. In 2001 Nestlé agreed to the Harkin-Engel protocol for ending child slavery in its cocoa supply chain within 5 years. It has been taken to court by US campaigners for failing to deliver. Only 1% of Nestlé's cocoa is certified as Fairtrade.
2. Greenpeace launched a campaign in 2010 against Nestlé's sourcing of palm oil for products like Fairtrade KitKat, which it claims is destroying rainforests in Indonesia, contributing to climate change and endangering orang-utans. Nestlé has promised to stop - by 2015!
3. Nestlé uses it Fairtrade Partners' Blend coffee to pretend it has changed how it treats coffee farmers. Launched in 2005, still only 0.1% of coffee farmers dependent on Nestlé are involved. Nestlé is accused of driving down prices for the rest.
4. Nestlé violates the International Code of Marketing of Breastmilk Substitutes more than any other company. The Code and other Resolutions were adopted by the World Health Assembly to ensure that mothers are not
discouraged from breastfeeding and that breastmilk substitutes are used safely if needed. UNICEF says: "Improved breastfeeding practices and reduction of artificial feeding could save an estimated 1.5 million children a year." (State of the World’s Children 2001).
5. Nestlé knows that babies fed on formula are more likely to become sick than breastfed babies and in poor settings they are more likely to die. Yet it is promoting its formula with logos claiming it 'protects' babies.
6. Nestlé drives down standards for the baby food industry as a whole. In 2007 its competitors tried unsuccessfully to stop it advertising infant formula in supermarkets in South Africa. Now all companies may start advertising.
7. The International Baby Food Action Network (IBFAN) last three-yearly Breaking the Rules monitoring report in
2010 documented examples of violations from around the world. The report contains many examples of Nestlé’s
aggressive promotion of formula and inappropriate marketing of baby foods.
8. The European Parliament held a Public Hearing into Nestlé malpractice in Pakistan in November 2000 after a
former employee, Syed Aamir Raza, exposed practices, including the bribing of doctors. UNICEF’s Legal Officer said that Nestlé’s Instructions are weaker than the Code and Resolutions.
9. Nestlé refuses to debate in public with Baby Milk Action having lost a series in 2001-2004. Baby Milk Action has invited Nestlé to participate in a public tribunal with an in-depth examination of claim
and counter claim and the chance to call expert witnesses. Nestlé has refused.
10. Nestlé's Global Public Affairs Manager has admitted Nestlé is 'widely boycotted' - in fact, it is one of the four most boycotted companies on the planet, according to an independent survey. The boycott has stopped some Nestlé malpractice and with your support we can force Nestlé to remove its 'protect' claims from formula labels and accept our four-point plan for saving lives and ending the boycott. For more information, click on the following link - www.babymilkaction.org
Posted by Camlink Men's Initiative at 9:39 AM 1 comment: